This was my first ever Comic Con and so I was extremely excited to go to MEFCC, especially because I was going on a Media pass. The Con was held at World Trade Centre this year, and ran from the 3rd of April to the 5th.

The World Trade Centre was packed with people in cosplay. People were dressed as everything from Samurais to elephants. I wasn't able to go to the Cosplay competition but walking around the Con was just a reminder that there are dedicated fans, even in the Middle East!
Heres a picture of me with some guys in crazy Transformers cosplay: 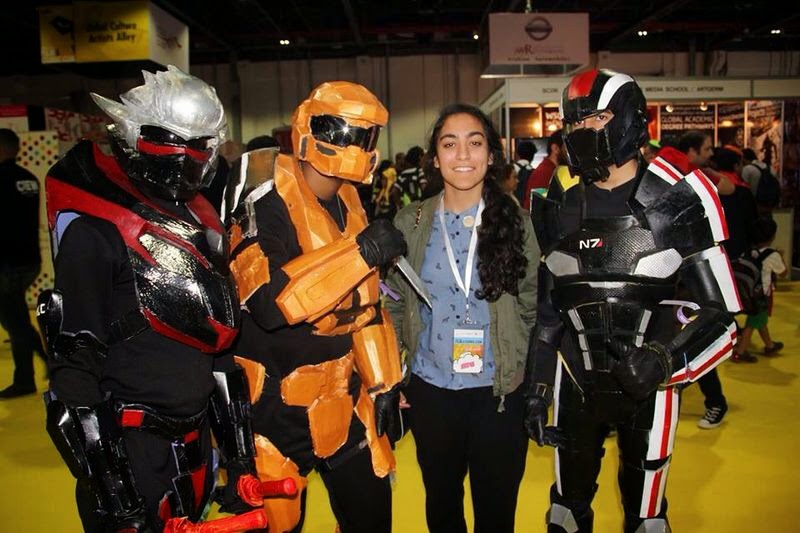 There were tons of artists, regional and international, and they were all selling their artwork, clothing and collectables. One of my personal favourites was a stall called Think Up. They featured a bunch of artists that had different types of artwork. There was one girl who had drawn superheroes and villains with flower crowns and another girl who was drawing portraits of her customers for only 20AED. It was crazy to see so many people who had such remarkable talent, from drawing and painting to sculpting, designing clothes and writing. I met one 15-year-old boy who had made some incredible pieces of art using watercolours and had also written his very own comic called Desert Flame.

I purchased a few posters of Doctor Who, Sherlock and a pop art painting of Bane. One of my favourite things that I bought was a small badge of a naked baby wearing a guthra (Arab headpiece) swinging on a wrecking ball from a stall called HG – Hijab Girl Unveiled that was run by an awesome woman from Saudi Arabia. Unfortunately I missed out on some really cool Doctor Who shirts, but hopefully I will be able to find them online somewhere.
Here are pictures of the posters I bought: 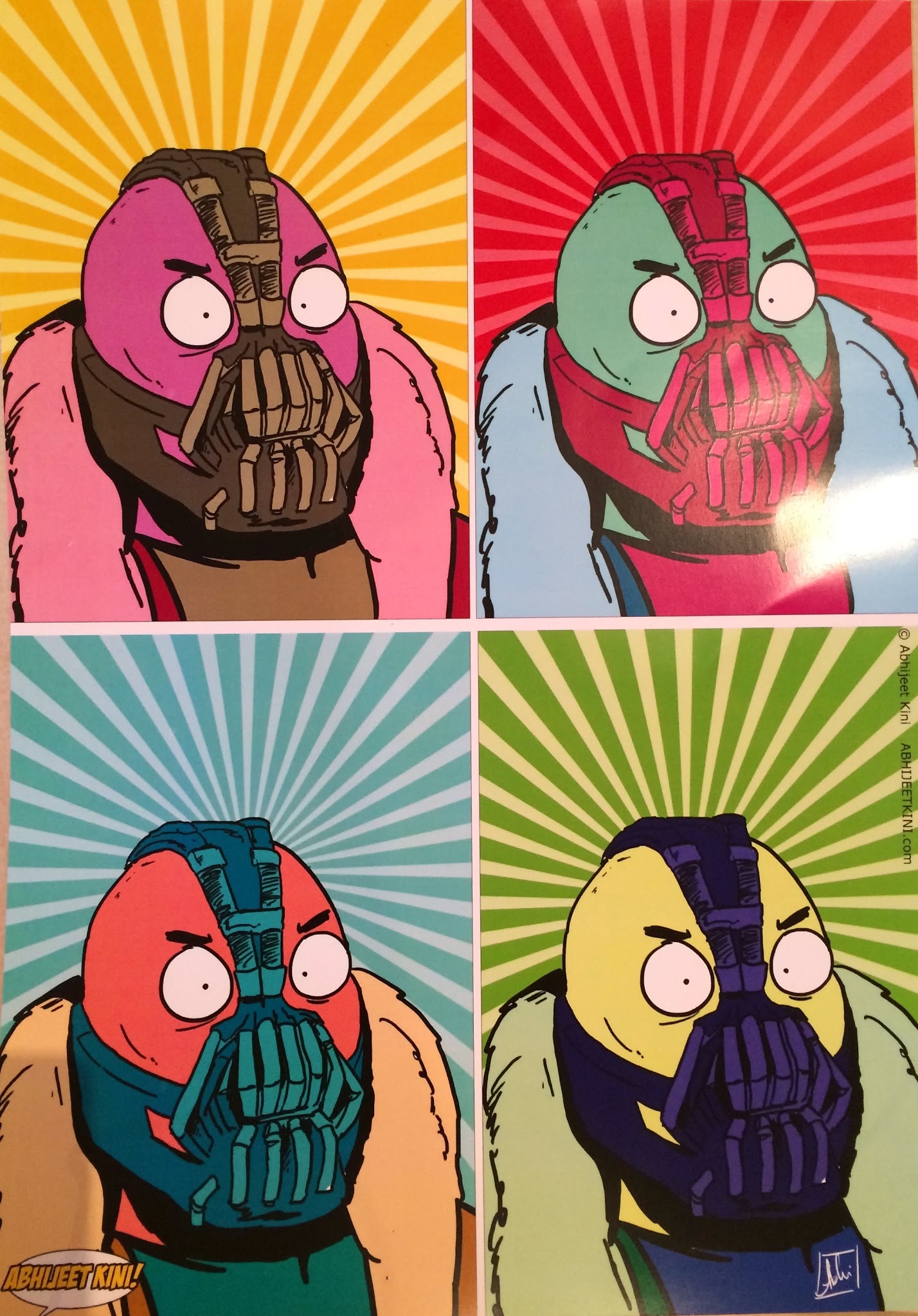 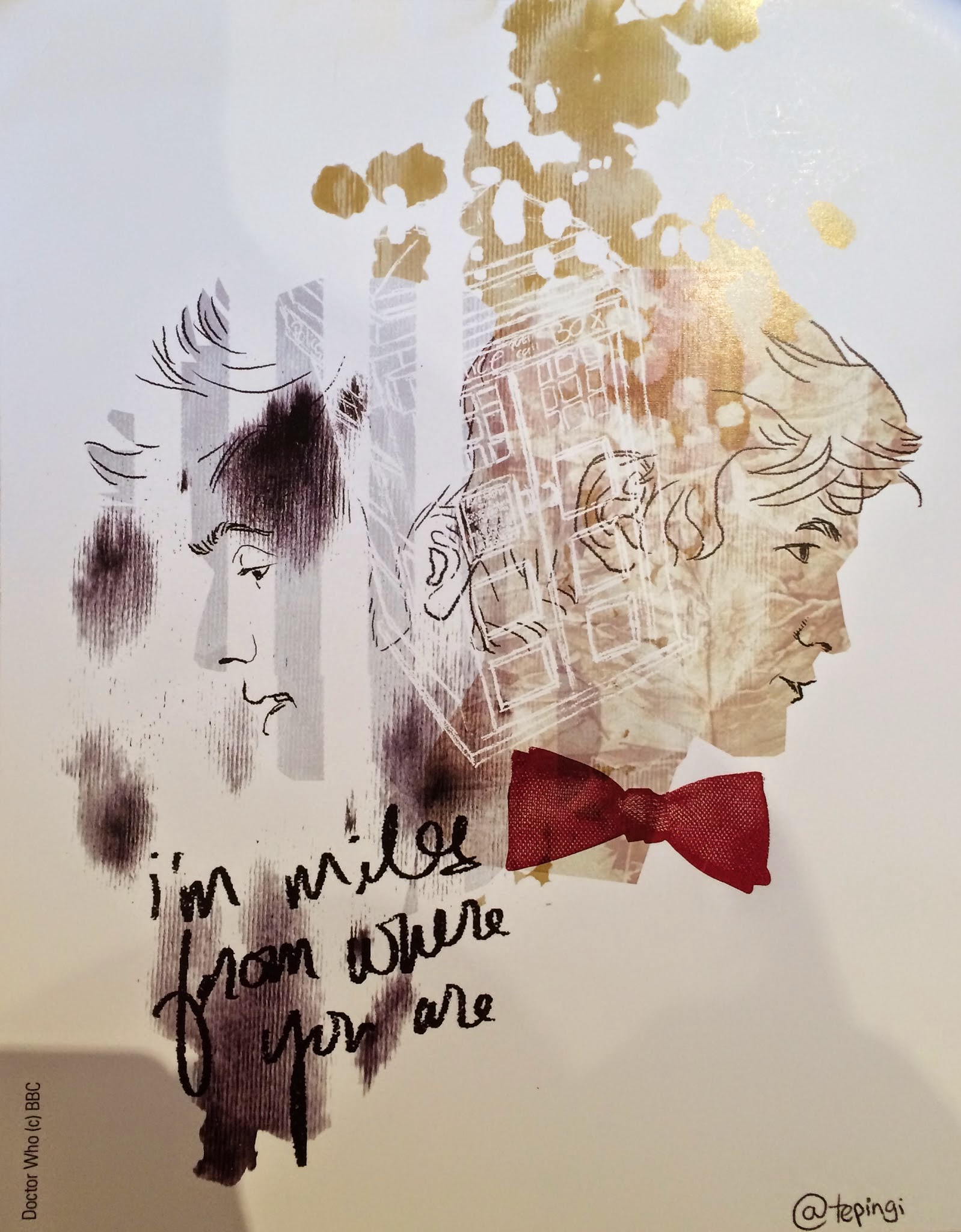 I was lucky enough to sit in on the press conference on Friday morning, and got to see some amazing celebrities such as Sylvester McCoy, Giancarlo Esposito, Max Landis and Michael Jai White in the flesh. Not only was I able to do that, I also sat front row at both Giancarlo and Sylvester’s Q&A sessions. Giancarlo was so passionate about everything he was talking about and his answers were really inspiring and Sylvester was hilarious because he was walking around the room and he kept making jokes about Doctor Who and the Hobbit.
Late Saturday evening, I was lucky enough to interview Max Landis in the Celebrity green room, alongside my peers that were also on Media passes. That was definitely the highlight of the weekend because Max had some interesting ideas about different conventions of superhero movies and it was really cool to have an hour-long chat with the writer of Chronicle and upcoming Frankenstein. After interviewing Max, we were lucky enough to take pictures and have a conversation with Giancarlo Esposito and Sylvester McCoy in the Green Room.
Here is our group from EISM with Giancarlo Esposito and Sylvester McCoy: 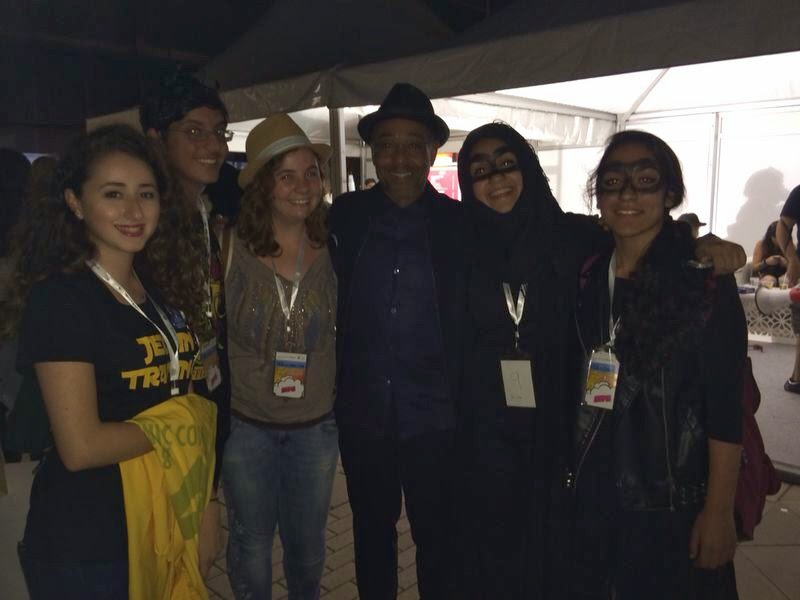 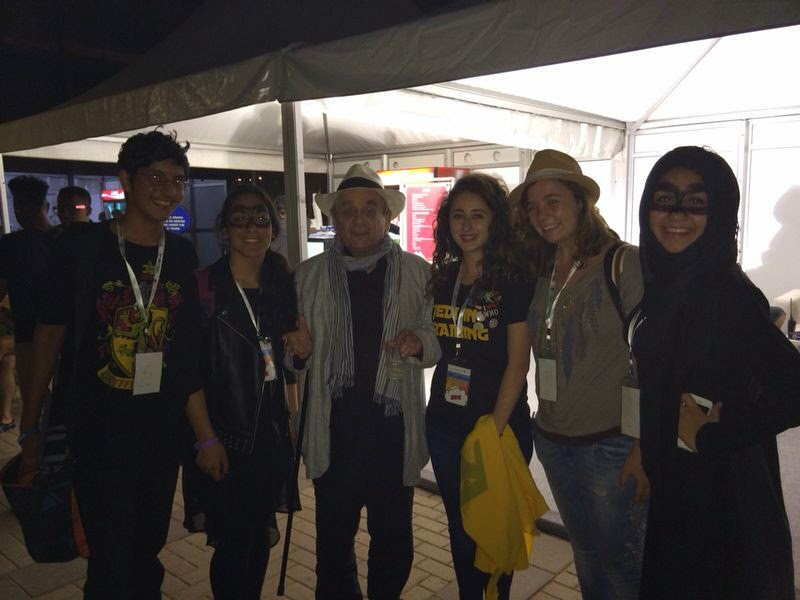 Middle East Film and Comic Con was an incredible experience because I got to meet some astounding artists and celebrities and I am definitely looking forward to going next year and, fingers crossed my Film teacher will take me on a Media pass again!

Talk to you next time!